Being alone at Christmas isn’t everyone’s first choice, and there is still shame attached to being by yourself. People who would never previously have spent Christmas alone are facing it down for the first time ever this year, in record numbers. This is daunting enough – and what none of us need at the moment is the judgement of other people. If you’re struggling to know what to say to someone facing a solo Christmas, this handy guide will help.

What not to say

Here’s what not to say, as overheard by my mother in a queue at her local shop the other day. It’s cringingly awkward. Two women start chatting. The younger woman asks the other, ‘what are you doing for Christmas this year?’ The older woman responds – with some hesitation – ‘well, I’m by myself this year.’ She has already had to admit this in front of the entire queue of people. In shock, the younger woman exclaims loudly, ‘oh that’s miserable!’ Older woman is left – understandly – stony-faced, sad, and humiliated.

We all know it wasn’t the younger woman’s intention to be unkind. But the point is that it shouldn’t have happened. Our society is obsessed with the idea that being alone is a terrible affliction, when the truth is often far more complicated. Being alone at Christmas may not be ideal, but for some it may be preferable to the alternatives. Putting on a ‘brave face’ for others is exhausting. Where someone is having a difficult time – for example following a bereavement – being by themselves might be a welcome relief. This year, many people feel it’s better to be at home than to risk catching Covid – even if that means going it alone. Even where there isn’t a choice involved, people who live alone may have found ways to make the day special and beautiful – especially if they’ve been doing it for years.

Here are the top phrases to avoid if you are talking to someone spending Christmas alone this year:

This is 100% your own judgement about someone else’s situation, and entirely reflects your views without taking theirs into account. It’s actually a really selfish response. Christmas alone might be miserable for that person, it might not be, you don’t know. Even if it is, highlighting the point will just make them feel bad!

Again, this reflects YOUR assumption that Christmas alone will be an awful experience. You don’t know that. Even if it’s true for the person you’re talking to, they probably don’t want to be reminded of it! A sure-fire way to make someone feel absolutely terrible.

Same point. Plus, this is deeply patronising. Christmas in many families is stressful and difficult, too. It would be all too easy for the person spending Christmas solo to say the same thing to you!

This might seem like a good one, because you think it shows empathy. It’s actually terrible, and will ALWAYS make you look bad. If you’re someone who’s celebrating a family Christmas, it will make it sound ungrateful and as though you don’t appreciate what you have. It will also make the other person feel as though they have to be upbeat, even if they’re not feeling that way at all. In other words, that you’re not someone they can really talk to or be honest with.

No. No no no no no. The only time this is okay is if the person you are talking to has already mentioned something very specific which you know you can help with. For example, getting to the Post Office when they don’t have a car. Unless they have mentioned it first, your offer will sound as though they need help – and none of us wants to sound needy! People who live alone are usually pretty independent, and want to be seen that way as well.

What you can say instead

To handle yourself gracefully when you find out someone is spending Christmas alone, start by suspending your own judgements and assumptions. Open, light, curious questions and reflections are the way to go. In other words, exactly as if you were talking to someone spending Christmas with family! Here are some things to say instead:

This is your safest bet, and will work for almost anyone. The person you’re talking to will love you for it because it’s upbeat, open, curious, and non-judgemental. It assumes they have a concrete plan, and will also make the other person think that you think that spending Christmas alone is entirely normal. Which of course it is for hundreds of thousands of people. That will be a huge relief in a world where there’s still so much shame associated with spending Christmas by yourself. It also gives space for the other person to be really positive about their solo Christmas if they want to be! Finally, it keeps the conversation going, and doesn’t leave space for awkward silences. Overall, this one is an absolute winner!

This is a more muted but still powerful alternative to the above. You could use it if it’s a more comfortable fit for your personal style. And / or when you know a bit about someone’s circumstances, and where you know that it’s probably not going to be the easiest Christmas for them. It’s still open, shows you’re interested, and keeps the conversation flowing. It also avoids making them feel bad if they don’t yet have a plan.

This is a nice one because it acknowledges that solo Christmases come with a lot of emotions attached. But it does it without superimposing your own feelings on to someone else’s situation. You’re leaving it in the other person’s hands to tell you how they’re feeling. That then then leaves the door open for them to express a mixed and nuanced range of emotions. It’s important that we give people space to express themselves without being judged. And you might be suprised – relief, acceptance and stoicism are all reactions as common as feeling sad.

Remember that not everyone is confident sharing their feelings, and it can be quite a vulnerable thing to do. If you don’t back yourself to be able to sensitively, respectful and kindly their reply, then stick to one of my other suggestions!

4. ‘Thanks for sharing that with me’

This subtlely acknowledges the shame and difficulty many people have in talking about spending Christmas alone, without being too direct. It shows that you are someone they can trust, and it combines well with the other suggestions. You can use this at the start of the conversation just after they’ve told you they’re spending Christmas alone. Or at the end after they’ve told you what a solo Christmas will look like for them.

5. ‘I hope you have a really peaceful day‘ (then smile)

Great for short conversations, and to end a conversation. This is a strong alternative to ‘have a merry Christmas’ or ‘happy Christmas,’ which can feel awkward when it’s clear someone isn’t going to be full of seasonal joy.

If you’re talking to someone who is spending Christmas alone, please suspend your judgement. Being alone doesn’t automatically mean sad, miserable or lonely. Many will people have worked hard to come to terms with what a solo Christmas means for them. Where Christmas IS going to be difficult, the last thing a person needs is your pity. Instead, take an open, curious, supportive approach – you might be surprised at where the conversation leads you!

If you are going to be alone for Christmas, have a look at these things to remember.You can also join our online community.

Want to know more about what it means to live alone? Our fortnightly newsletter has exclusive content. Enjoyed this post? See the greatest freedoms of living alone 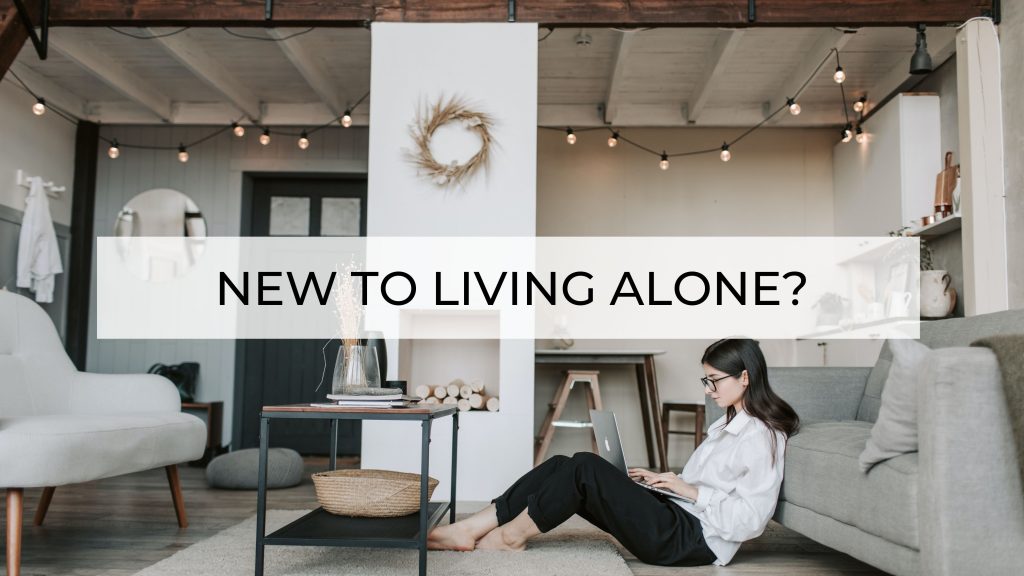